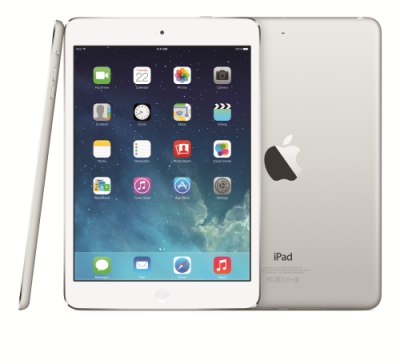 In this post I am going to explain why every pilot needs an iPad. I am writing this article as someone who believes the Android operating system is more powerful and in my opinion the better operating system.
So why am I recommending that you buy an iPad? Simple, I believe in buying the best tool for a job, and when it comes to aviation, the iPad is just that! The industry seems to have standardised around this device and as the old saying goes, if you can’t beat them, join them.
I am going to list all of the things that you can do on your iPad. Yes I am aware that you can do some / all of these things on an Android device but when it comes to aviation some of the apps run better on the Ipad and believe me it’s just easier to get the Apple device..

On top of this you have all the non flying but nice to have things that you can do.

I would also recommend you purchase the following items.

There are two sizes of the iPad and I personally think the Mini is the better sized device for small cockpits like the Cessna 152. The 4 is the latest version and the 2 and 3 are exactly the same bar the fact that the 3 has a fingerprint reader.
The main benefit of the 4 is that it is faster and has twice the ram of the mini 2. This doesn’t mean that the mini 2 is slow, it is still a more than capable tablet.
Both the 2 and 4 have a retina screen however I personally say you should by the version with cellular. The reason I say to get this version is because it has an included GPS chip. While this may be standard on most Android tablets unfortunately on the Wifi only iPad they have for some reason decided to leave it out.
You don’t actually have to have a sim plan to use the GPS function but it could be useful for live weather etc.
Furthermore, you cannot just buy a cheap bluetooth GPS like you could on an Android tablet as only certain GPS receivers work with the iPad and they are all pretty pricey.
In terms of storage size you can get iPad’s in 16gb, 32gb, 64gb, 128gb. Now when I was looking I thought the 16gb would be far too small, however I got a deal that I couldn’t turn down. The 16gb is big enough if you are going to use it ONLY as a flight tool. I don’t have any music or videos on my device as I have a Galaxy Note 4 with 32gb built in and a 64gb micro sd card where I can store all of that stuff.
If you ask me the perfect iPad for flying, VFR anways, is the 32gb iPad mini 4 Cellular. If you make it to an airline and have more space then you can treat yourself to an upgrade.
Put simply I feel this is a device that every pilot should have in their flight bag! Do you have one?